Comments on “The Curse” Book:

Posted on August 25, 2011 by beyondallreligion

COMMENTS on the “CURSE” BOOK: 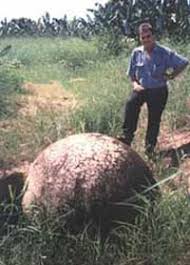 Islam, Christianity, Mormonism, and Judaism are all covered. Includes Mythical and Forged Religious Origins.  Includes shocking permissive sex practices in all of them. (Example: Muhammad married a girl who was six years old.)

“More violence has occurred in the name of religion than for any other reason.”  Deepak Chopra in New York Times Bestseller “The Book of Secrets”

Quiz:  Who said this?: “But those enemies of mine who did not want me to be king over them–bring them here and kill them in front of me.”

Religion is seen by normal people as true, by wise people as false,  and by rulers as useful. Hitler and Mussolini were Catholics, as were Ferdinand and Isabella of Spain under whose reign we had Torquemada,  Grand Inquisitor, 1483-1498, and Ferdinand and Isabella’s royal Edict of Expulsionagainst the Jews of Spain  (March 31, 1492). It ordered all Jews of whatever age to leave the kingdom by the last day of July.

“ religion is something we can perhaps do without. ” – Dalai Lama From his book   Ethics for the New Millennium

“This is my simple religion. There is no need for temples; no need for complicated philosophy. Our own brain, our own heart is our temple; the philosophy is kindness.”   Dalai Lama~ Pasted from <a href=”” target=”_blank”>Finest Quotes

Story of Davies on The Daily Show

News Item: 3/4/11 : : Brigham Young University’s star basketball player, Brandon Davies, is dismissed from the team for having premarital sex, but Brigham Young , who the University is named after, and who was President of the Church for 30 years, “had 55 wives. One was 15 years old. Young had 57 children by 16 of his wives”. Quote is from my book: http://tinyurl.com/4bcvmem .A list of his 55 wives is in Wikipedia (from Church Records) here: http://tinyurl.com/25ea22e -Samuel Butler, Author.

One more thing, also from the book.  Joseph Smith, the founder of the Mormon movement,  had at least 24 wives. One was 14 years old, and after the marriage considered herself as an abused child. Here is a list of his wives from official church records:
http://www.familysearch.org/Eng/Search/AF/individual_record.asp?recid=7762167&lds=0

Sam, Searcher for truth, regardless of wherever the chips may fall.

Samuel Butler, Author: BEYOND ALL RELIGION Most all religions are based upon a bedrock of lies. Christianity was invented by Emperor Constantine , for political purposes, based upon the myth of Mithra, a Persian savior god born on December 25 , son of a virgin. Mithra performed miracles and was later crucified. Pope Leo X (died 1521) called Christ a “Fable”. Later Pope Paul III expressed similar sentiments. Moses is based on the Sumerian life and legends of Sargon I, King of Akkad, “set in a basket of rushes and “cast into the river”. Egyptians kept exhausting hieroglyphic records. There is a complete absence of any record of Moses leading over 600,000 men, women and children away from Pharaoh’s army. Joseph Smith, founder of Mormonism, was convicted in a court of Law of being an “impostor”, today a fraud, con man, in 1826. He wrote the Book of Mormon soon after. Question: You decide: Does the text of the verses of the Qur’an correspond exactly to those revealed to Muhammad directly as the words of God, delivered to Muhammad through the angel Gabriel, as claimed? Sample or Buy New Book “Beyond All Religion”, 152 pgs, $9.95 at www.amazon.com (Kindle edition $3.49) or send mailing address and $9.95 to Sam Butler, SB 197, POB 25292, Miami, FL 33102."
View all posts by beyondallreligion →
This entry was posted in Dalai Lama, Great Thinkers and tagged Bible Forgery, Global Ethics, Ivar Zapp, John Adams, John Daily. Bookmark the permalink.
%d bloggers like this: