Posted on December 27, 2011 by beyondallreligion

A courageous young girl named Lauren Drain, daughter of Steven Drain, was kicked out of her church (West Boro Baptist Church) and family for asking questions about the religion she was raised with.

Aren’t we in the 21st Century where freedom of speech/press and Facebook, Twitter and Skype allow us to have our own voice?

Regardless of Drain’s practicing faith, this young spirited individual seeks her own truth, asking questions of her authorities, Pastor and Parents, being exiled from her church, community and friends for doing so.  Watch this…

When a nation wide TV Station (ABC) televises controversial topics such as “Religion”, we should all question, shouldn’t we?  Since the beginning of time we have been fighting over what is right/wrong which, for the majority of humanity, has been governed by Church and State.  When you meet brave people like Lauren Drain who move beyond religion, who merely ask a few questions, it makes us wonder?  What is right?  What is wrong? 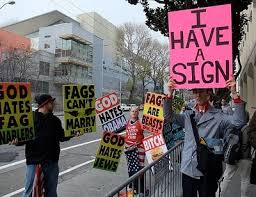 West Boro Baptist Church has been under the lens of Hippocratic attitudes and behavior, protesting against other religions, believes and lifestyles.  Known, by many who investigated the practices of the West Boro Ministry, under the leadership of Pastor Fred Phelps faith, they are teaching their children to HATE.  Isn’t this worthy of questions?

Where is Lauren Drain today?  Stay tuned in for the follow up on Miss Drain…

Samuel Butler, Author: BEYOND ALL RELIGION Most all religions are based upon a bedrock of lies. Christianity was invented by Emperor Constantine , for political purposes, based upon the myth of Mithra, a Persian savior god born on December 25 , son of a virgin. Mithra performed miracles and was later crucified. Pope Leo X (died 1521) called Christ a “Fable”. Later Pope Paul III expressed similar sentiments. Moses is based on the Sumerian life and legends of Sargon I, King of Akkad, “set in a basket of rushes and “cast into the river”. Egyptians kept exhausting hieroglyphic records. There is a complete absence of any record of Moses leading over 600,000 men, women and children away from Pharaoh’s army. Joseph Smith, founder of Mormonism, was convicted in a court of Law of being an “impostor”, today a fraud, con man, in 1826. He wrote the Book of Mormon soon after. Question: You decide: Does the text of the verses of the Qur’an correspond exactly to those revealed to Muhammad directly as the words of God, delivered to Muhammad through the angel Gabriel, as claimed? Sample or Buy New Book “Beyond All Religion”, 152 pgs, $9.95 at www.amazon.com (Kindle edition $3.49) or send mailing address and $9.95 to Sam Butler, SB 197, POB 25292, Miami, FL 33102."
View all posts by beyondallreligion →
This entry was posted in Uncategorized and tagged Beyond All Religion, Free Thinking, Lauren Drain, Secular Humanism, West Boro Baptist Church. Bookmark the permalink.

4 Responses to Girl Booted from Family-Church for Asking Questions