Edgar Cayce: Out of Russia

Posted on September 17, 2013 by beyondallreligion

This may be suddenly timely. Could a former Russian KGB Lieutenant Colonel spy have stopped a United States Nobel Peace Prize winner from starting a catastrophic war?
From Edgar Cayce (“The Sleeping Prophet”):
“It will take years for it to be crystallised, but out of Russia comes again the hope of the world.” (1944) No. 3976-29 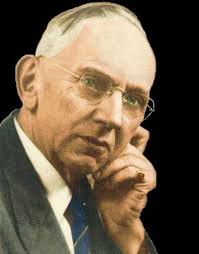 “Again”? This was written in 1944, one year before Cayce died, predicted by Cayce himself. (Along with predicting 1945 being the year of his own death, he predicted 1945 to be the year WWII would end. He had already correctly predicted the beginning and ending years of WWI before it started). Recall that Russia stopped Nazism and Hitler at Stalingrad in 1942, and went on again as a U.S. ally to win the war against Germany in 1945. Could Putin be the new hope? Well, maybe Putin just saved the world from WWIII.

Russia , on September 9, 2013, got Syria to agree to put their chemical weapons under international control, and not use them. On September 12, 2013, the UN confirmed it received Syrian documents joining the Chemical Weapons Convention prohibiting chemical weapons. Destruction of their weapons has started on October 6th.  The U.S. didn’t attack, which would have brought missile retaliation from Iran, and most probably WWIII.

What did he say about China? Cayce promised amazing changes in the country that would lead to more democracy and greater religious freedom. He also suggested that eventually the height of civilization would move from the West to the Chinese people: “And these will progress. For, civilization moves west.” (#2834-3)

Not all Cayce’s predictions have come true, by any means, but the true ones have been startling accurate.

If you were in a casino at the roulette table,  and could accurately predict  red or black,  or odd or even,  only 60% of the time, you could become a millionaire easily and fast.

Some say Cayce was accurate at least 80% of the time.

Maybe all his predictions rightly did not  come true:

“Prophecy is never given for any other purpose than as a warning. For this reason, a successful prophecy is one that has been averted and therefore does not happen.”

Samuel Butler, Author: BEYOND ALL RELIGION Most all religions are based upon a bedrock of lies. Christianity was invented by Emperor Constantine , for political purposes, based upon the myth of Mithra, a Persian savior god born on December 25 , son of a virgin. Mithra performed miracles and was later crucified. Pope Leo X (died 1521) called Christ a “Fable”. Later Pope Paul III expressed similar sentiments. Moses is based on the Sumerian life and legends of Sargon I, King of Akkad, “set in a basket of rushes and “cast into the river”. Egyptians kept exhausting hieroglyphic records. There is a complete absence of any record of Moses leading over 600,000 men, women and children away from Pharaoh’s army. Joseph Smith, founder of Mormonism, was convicted in a court of Law of being an “impostor”, today a fraud, con man, in 1826. He wrote the Book of Mormon soon after. Question: You decide: Does the text of the verses of the Qur’an correspond exactly to those revealed to Muhammad directly as the words of God, delivered to Muhammad through the angel Gabriel, as claimed? Sample or Buy New Book “Beyond All Religion”, 152 pgs, $9.95 at www.amazon.com (Kindle edition $3.49) or send mailing address and $9.95 to Sam Butler, SB 197, POB 25292, Miami, FL 33102."
View all posts by beyondallreligion →
This entry was posted in Uncategorized. Bookmark the permalink.

5 Responses to Edgar Cayce: Out of Russia