This is just a sample. There is  awesome revealing and shocking information on the major religions in the book:  http://tinyurl.com/7cz2cwv

He (Gautama Siddhartha) is reported to have born in 540 B.C. according to some sources, in 563 in others, in 624, or 642, or 644 in others.  He became enlightened under the Bodhi tree.  There were 3 Buddhas before him. They also went to Bodh Gaya and became enlightened there. 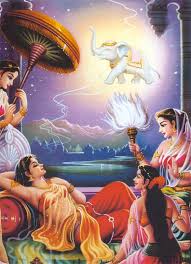 Buddha’s mother, Queen Maya, was a virgin who, in a dream was visited by a white elephant (considered sacred and heralded as a manifestation of the Gods) who impregnated virgin Maya, by piercing her side painlessly with one of his six tusks, who in turn brought Buddha into flesh.

There were no images of any of the Buddhas for over 600 years after the supposed birth of the latest Buddha. The first anthropomorphic image of any Buddha first appeared over SIX CENTURIES later than the birth of any Buddha!

Is the Jesus story a copycat of the Buddha Story? Similarities between Buddha and Jesus: http://en.wikipedia.org/wiki/Buddhism_and_Christianity

• Like Jesus, Buddha was a divine being, pre-existent in “heaven” before taking birth.
• Buddha was born of the virgin Maya, who was considered the “Queen of Heaven.”
• He was of royal descent and was a prince.
• At his birth appeared a “marvelous and powerful light.”
• After Buddha was born, a “slaughter of the infants was ordered by the tyrant Bimbasara…”
• When Buddha was a babe, a saint prophesied he would be great, as did Simeon concerning Christ (Lk 2:25-35).
• As a child he taught his teachers.
• Buddha was presented in the temple, where “the idols fell down before him.”
• He began his quest for enlightenment at age 29.
• He crushed a serpent’s head.
• Buddha was tempted by Mara, the evil one, who offered him “universal dominion.”
• Sakyamuni Buddha had 12 disciples and traveled about preaching.
• He reformed and prohibited idolatry, was a “sower of the word,” and preached “the establishment of a kingdom of righteousness.”
• He performed miracles and wonders, healed the sick, fed 500 men from a “small basket of cakes,” and helps a disciple walk on water.
• He preached a “sermon on the mount” and taught chastity, temperance, tolerance, compassion, love, and the equality of all.
• He was transfigured on a mount.
• Buddha was received in his native city with a triumphal welcome.
• He was betrayed by a disciple, who led others to kill him.
• Some of his persecutors became his disciples.
• A tremendous earthquake occurred upon Buddha’s death.
• Buddha was crucified, suffered for three days in hell, and was resurrected.
• He ascended to Nirvana or “heaven.”
• Buddha was considered the “Good Shepherd,” the “Carpenter,” the “Infinite and Everlasting” and the “Great Physician.”
• He was the “Savior of the World” and the “Light of the World.”

TORTURE AND MUTILATION IN SHANGHRI-LA

In the Dalai Lama’s Tibet (not the present Dalai Lama- Author), torture and mutilation—including eye gouging, the pulling out of tongues, hamstringing, and amputation of arms and legs—were favored punishments inflicted upon thieves, runaway serfs, and other “criminals.” Journeying through Tibet in the 1960s, Stuart and Roma Gelder interviewed a former serf, Tsereh Wang Tuei, who had stolen two sheep belonging to a monastery. For this he had both his eyes gouged out and his hand mutilated beyond use. He explains that he no longer is a Buddhist: “When a holy lama told them to blind me I thought there was no good in religion.”

DID BUDDHA TALK ABOUT GOD?

From Yahoo answers – not necessarily the absolute “correct” answer , but picked as the best answer.-

“Buddhism teaches nothing about God. Buddhism is committed to the problem of how we can stop suffering … here and now, not at some point after death. Anything that is NOT related to this issue is NOT taught.

Buddhism is a series of practices that, if done with patience and persistence, DO stop your suffering. No higher power is involved. Therefore, there are no teachings about God in Buddhism.