CAN THERE BE TOO MUCH SPIRITUALITY?

Posted on August 20, 2013 by beyondallreligion 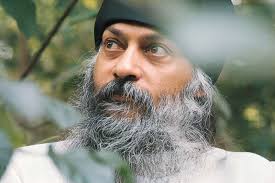 1.  Osho (“You are in prison and you don’t know it” and Rajhneesh  overboard devotees) The Indian Guru Osho transplanted himself to Oregon and was known as Rajhneesh. Worshiping a Guru in excess: How about buying him 93 Rolls Royces over time?  If only ½ of this is true, it is startling:  The Article in Oregon Live

I have been to his book store in India. (He had written over 90 books, and that may be an understatement). One of the books that Oho wrote is “You Are in Prison And You Think You Are Free”. In the first page of that book someone asks Osho,    “Osho,  George Gurdjieff has said: ‘You are in prison.  If you wish to get out of prison, this first thing you must do is realize that you are in prison.  If you think you are free, you can’t escape.’

“What are the prisons that I call home”?

END_OF_DOCUMENT_TOKEN_TO_BE_REPLACED

Truth or Religion… What hurts more?

Posted on August 17, 2013 by beyondallreligion

The Truth hurts… that is what I was taught!

Not so sure about this anymore?   Just in the last year some startling facts have surfaced regarding organized Religion across the Globe.  Whether CNN, Fox News or your local news station, crazy acts of violence are being documented from East to West.

A group of Secular Free Thinkers created a cyber culture called “Religion Hurts” generating monthly documentaries in the News.  The series of videos are roughly 10 minutes long, display the violence people endure for the sake of “Religious Worship”.  It is painful to hear and know such horrible stories.  To view these tragedies, one after the other, is so evident that we are in dyer need of change.  You make the call…

Here is the latest breaking news regarding Religion around the World:

Posted on July 23, 2013 by beyondallreligion

ATLANTA — Former U.S. President Jimmy Carter says religious leaders, including those in Christianity and Islam, share the blame for mistreatment of women across the world.

Posted on July 20, 2013 by beyondallreligion

From the Spiritual Cinema Circle

A Peaceful World Awaits You Beyond All Religion

Posted on June 21, 2013 by beyondallreligion

A NEW LOOK AT THE OLD TESTAMENT!

Posted on April 28, 2013 by beyondallreligion

WAS THE PATRIARCH ABRAHAM JUST A STORY?  DID ABRAHAM EXIST?  You decide: 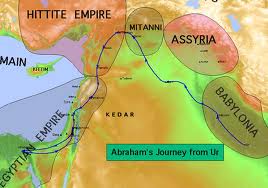 Historians date Abraham’s bibilical story around 2000 B.C., based on clues in Genesis Chapters 11 through 25. Considered the first of the biblical     patriarchs, Abraham’s life history encompasses a journey starts that in a place called Ur. In Abraham’s time, Ur was one of the great city-states in Sumer, a part of the Fertile Crescent located from the Tigris and Euphrates Rivers in Iraq to the Nile in Egypt. Historians call this era from 3000 to 2000 B.C. “the dawn of civilization” .

It turns out that Abraham in the Bible is undoubtedly just a story.

Abraham in the Bible:  Promotion of lands surrounding and now occupied by Israel began a long time ago in the Old Testament. The Judean scribes did their writing in about 700 BCE, referring to happenings that supposedly existed  more than about a thousand years prior to when they were writing. Abraham in the Bible has al the markings of being just a made-up  story:

From the Highly Recommended book, by  W.H. Uffington,  “The Greatest Lie Ever Told”, available on Amazon here: http://www.amazon.com/Greatest-Lie-Ever-Told/dp/0956798004 : END_OF_DOCUMENT_TOKEN_TO_BE_REPLACED

Were There Important Whistleblowers INSIDE Religion?

Posted on April 9, 2013 by beyondallreligion

Indeed there WERE IMPORTANT Whistleblowers INSIDE Religion.

To name a few:

Arius for one who disagreed with Christ being divine, and said Christ was instead a “created being”.  (See below for more on Arius).

At the Nicene Council:

From: Did Constantine Decide What Books Belonged in the Bible?
http://www.gotquestions.org

“Constantine called the council of Nicea (which was the first general council of the Christian church, 325 A.D.) primarily because he feared that disputes within the church would cause disorder within the empire. The dispute in mind was Arianism, which was the belief that Jesus was a created being.”

At the end of the Council, the Council produced the Nicene Creed after much arm twisting and threats. Christ was made divine by a Vote! Arius was classed as a heretic. The Nicene Creed promoted the Trinity- “ – the deity of The Father, Son, and Holy Spirit under one Godhead, having three co-equal and co-eternal Persona.” (ibid)  It is said that at the end very few present believed what was written (i.e. the Nicene Creed).

What did Arius believe?

“In the populous Alexandria suburb of Baucalis, a well-liked presbyter by the name of Arius began teaching in opposition to the bishop of Alexandria, Alexander. Specifically, he disagreed with Alexander’s teaching that Jesus, the Son of God, had existed eternally, being “generated” eternally by the Father. Instead, Arius insisted that “there was a time when the Son was not.” Christ must be numbered among the created beings — highly exalted, to be sure, but a creation, nonetheless. Alexander defended his position, and it was not long before Arius was declared a heretic in a local council in 321.

This did not end the matter. Arius simply moved to Palestine and began promoting his ideas there. Alexander wrote letters to the churches in the area, warning them against those he called the “Exukontians,” from a Greek phrase meaning “out of nothing.” Arius taught that the Son of God was created “out of nothing.” Arius found an audience for his teachings, and over the course of the next few years the debate became so heated that it came to the attention of Constantine, the Emperor.

Having consolidated his hold on the Empire, Constantine promoted unity in every way possible. He recognized that a schism in the Christian church would be just one more destabilizing factor in his empire, and he moved to solve the problem.4 While he had encouragement from men like Hosius, bishop of Cordova, and Eusebius of Caesarea, Constantine was the one who officially called for the council. ”

Advisor to the Pope for 17 years becomes whistleblower: END_OF_DOCUMENT_TOKEN_TO_BE_REPLACED

Beyond all the Religions

Posted on February 14, 2013 by beyondallreligion

You may be interested in the following lengthy list of Bible verses compiled and paraphrased by renowned freethinker Barbara G. Walker:

The above said, let us move BEYOND ALL RELIGION, allowing the brilliant beacon of peace and truth to illuminate the world bringing love, tolerance and healing to all.

Posted on December 2, 2012 by beyondallreligion
WHO WAS THIS?  (See “ punch line” at the end after the word “Included”!)
Holes pierced in his feet … a hole in the top of one foot, just above the toes, where the nail was inserted in the act of crucifixion.  Savior __________ atoned for the sins of a grief-stricken world by “pouring out his blood as a propitiatory offering” while stretched upon the cross.But Before the crucifixion :  “he soon became surrounded by many earnest followers, and the people in vast multitudes followed him, crying aloud, ‘This is indeed the Redeemer promised to our fathers.’” His pathway was thickly strewn with miracles, which consisted in healing the sick, curing lepers, restoring the dumb, deaf and the blind, raising the dead, aiding the weak, comforting the sorrow-stricken, relieving the oppressed, casting out devils, etc. He come not ostensibly to destroy the previous religion, but to purify it of its impurities, and to preach a better doctrine. He came, as he declared, “to reject evil and restore the reign of good, and redeem man from the consequences of the fall, and deliver the oppressed earth from its load of sin and suffering.” His disciples believed him to be God himself, and millions worshiped him  ….
There is more:
1. His miraculous birth by a virgin.
2. The mother and child being visited by shepherds, wise men and the angelic host, who joyously sang, “In thy delivery, O favored among women, all nations shall have cause to exult.”
3. The edict of the tyrant ruler ______, ordering all the first born to be put to death.
4. The miraculous escape of the mother and child from his bloody decree by the parting of the waves of the River ________ to permit them to pass through on dry ground.
5. The early retirement of ________ to a desert.
6. His baptism or ablution in the River _________….
7. His transfiguration at ________, where he assured his disciples that “present or absent, I will always be with you.”
8. He was anointed with oil by women.
9. …fish story is told of him — his disciples being enabled by him to catch large draughts of the finny prey in their nets. Many of the precepts uttered by ___________display a profound wisdom and depth of thought.
For a list of them Click on the Christianity page above and slide to the end.
Here is one of the final ones: Above all things, cultivate love for your neighbor.

WHO WAS THIS?  This was Chrishna (Krishna) of India, who according to tradition was crucified approximately 1200 B.C. Incidentally, he had a “virgin” birth, either by a hair of the Hindu God Vishnu entering his mother’s womb, or in another version of the myth, God Vishnu himself entering her womb.

At Amazon.com, take a look at my book “Beyond All Religion-Beyond religious SCRIPTURES and practices that support intolerance violence and even war, A PEACEFUL WORLD AWAITS”.  http://tinyurl.com/7cz2cwv
INCLUDED: How is this for religious intolerance? Rabbi Yaacov Perrin said, “One million Arabs are not worth a Jewish fingernail.” Muhammad married a 6 year old girl. Joseph Smith, the founder of Mormonism had 24 wives, one was 14 years old. Smith was convicted of fraud (of being an “imposter”- a con man), in a court of law.. Then he wrote “The Book of Mormon..”. The story of Moses is patterned after the story of Sargon the Great. Moses did not exist.  Christianity was invented for political purposes by the Roman Emperor Constantine (“The Great”) in 325 A.D. based on the myth of Mithra (Persian savior god born on December 25th). Do a web search on “How Christianity was Invented: The Truth!” without the quotes.

Truth About Religion on CNN

Posted on September 25, 2012 by beyondallreligion

VENTURA:   Because most every war that happens on this planet is due to the fact of religion. One religion doesn’t like the way another religion worships God, so we’re going to kill you.

I love religion, you know, and I say that sarcastically.

MORGAN: I know. I thought —

VENTURA: And I say that because — I’ve openly admitted I’m an atheist.

MORGAN: I thought you said earlier that all wars were about oil and corporations.

MORGAN: They are, but they’re all religious based too.

MORGAN: They’re all about religion and oil and corporations?

VENTURA: Could be. Sure.