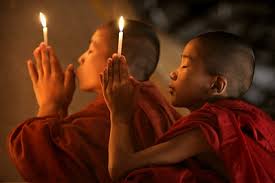 Buddhist meditation refers to the meditative practices associated with the philosophy of Buddhism. Core meditation techniques have been preserved in ancient Buddhist texts and have proliferated and diversified through teacherstudent transmissions. Buddhists pursue meditation as part of the path toward Enlightenment and Nirvana.[76]

The closest words for meditation in the classical languages of Buddhism are bhāvanā[77] and jhāna/dhyāna.[78] 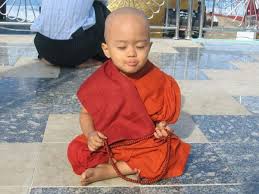 Buddhist meditation techniques have become increasingly popular in the wider world, with many non-Buddhists taking them up for a variety of reasons. There is considerable homogeneity across meditative practices — such as breath meditation and various recollections (anussati) — that are used across Buddhist schools, as well as significant diversity.

In the Theravāda tradition alone, there are over fifty methods for developing mindfulness and forty for developing concentration, while in the Tibetan tradition there are thousands of visualization meditations.[79] Most classical and contemporary Buddhist meditation guides are school-specific.[80]

The Buddha is said to have identified two paramount mental qualities that arise from wholesome meditative practice: