A Muslim is obligated to pray five times a day: once before sunrise, at noon, in the afternoon, after sunset, and once at night. During prayer a Muslim focuses and meditates on God by reciting the Qur’an and engaging in dhikr to reaffirm and strengthen the bond between Creator and creation, with the purpose of guiding the soul to truth. Such meditation intended to help maintain a feeling of spiritual peace, in challenges work, social or family life may present.

The five daily acts of peaceful prayer are to serve as a template and inspiration for conduct during the rest of the day, transforming it, ideally, into one single and sustained meditation: even sleep is to be regarded as but another phase of that sustained meditation.[99]

Meditative quiescence is said to have a quality of healing, and—in contemporary terminology—enhancing creativity.[100] The Islamic prophet Muhammadspent sustained periods in contemplation and meditation. It was during one such period that Muhammad began to receive the revelations of the Qur’an.[101][102]

Following are the styles, or schools, of meditation in the Muslim traditions: 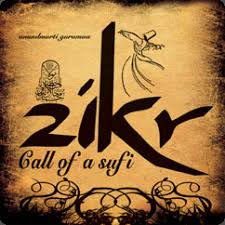 Numerous Sufi traditions place emphasis upon a meditative procedure similar in its cognitive aspect to one of the two principal approaches to be found in the Buddhist traditions: that of theconcentration technique, involving high-intensity and sharply focused introspection. In the Oveyssi-Shahmaghsoudi Sufi order, for example, this is particularly evident, where muraqaba takes the form of tamarkoz, the latter being a Persian term that means concentration.